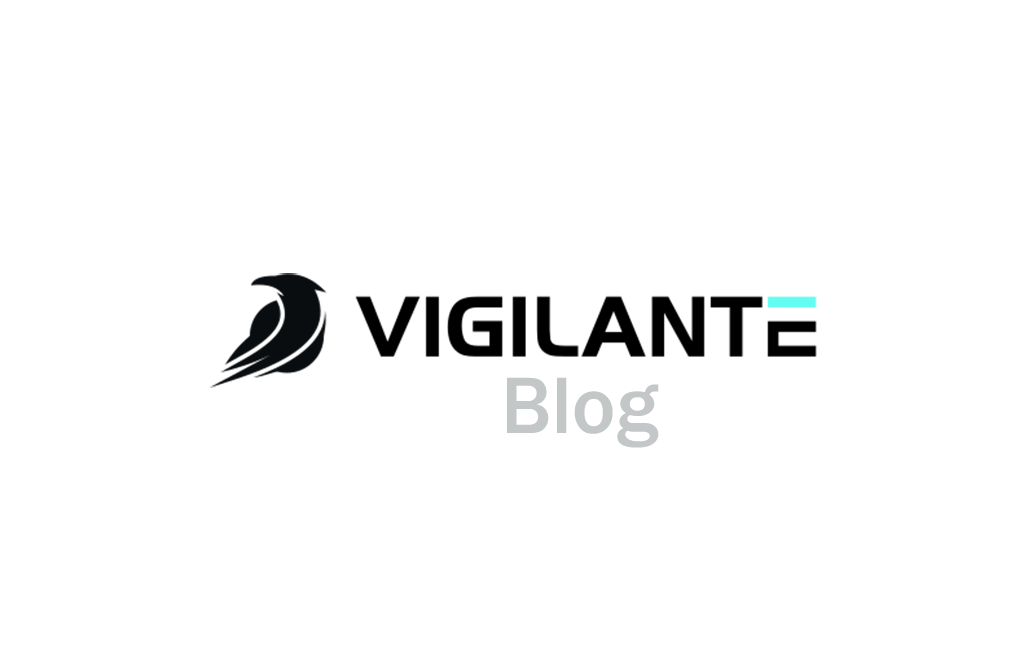 Prolific hacktivist group, Ghost Squad Hackers—also known as “GSH”— announced several new hacks of various government-affiliated sites and servers in a probable attempt to undermine public confidence in government at a time of universal unease due to the COVID-19 pandemic. Under their de facto leader known as “s1ege,” the politically motivated group in the past couple of weeks alone conducted attacks against the servers and official sites belonging to the Australian government and the governments of India, Pakistan, Thailand, and Zimbabwe. 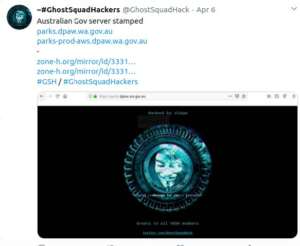 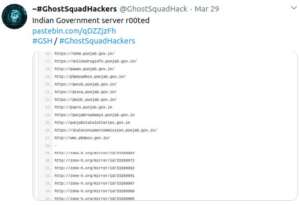 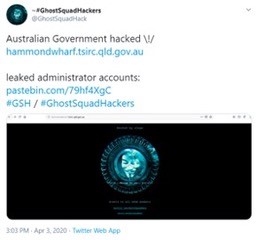 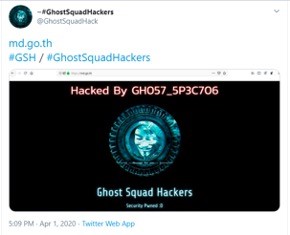 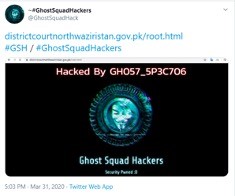 Since 2016, Ghost Squad Hackers has conducted several cyber campaigns against high-profile entities to meet the group’s stated ends to disrupt and undermine the confidence in otherwise stable governments. GSH started by defacing of Ethiopian government websites in response to the killing of nearly 500 students and activists by Ethiopian Security Forces during a protest.

“Our intentions are to save innocent lives…to help provide justice where governments fall short or to give justice to governments when the people can’t. …But there are no lines GSH will not cross…we don’t care who the target is.”

“What motivates me is seeing monolithic systems fall, and the freedom of information and ensuring justice where most governments agencies fail to serve.” ~s1ege

As GSH continues to target governments and corporations almost daily, it’s important to note that hacktivist groups, such as GSH, operate with the goal of exacerbating already simmering social and political tensions and are not interested in promoting an alternative vision to what they see as a corrupt status quo; they are seeking chaos, nothing more. Interestingly enough, GSH leader s1ege offers some good advice to help prevent such attacks.

“Hire penetration testers…in some cases if a very good hacker wants inside your system, he will find a way. But it doesn’t hurt to make it more difficult for them to penetrate your servers.” ~s1ege